I want to thank you for all your fantastic motoring questions. Our expert had a tough time choosing which question to answer and I am confident that everyone will gain from this new addition to our newsletter. Please keep the questions coming and don’t forget that you can win great prizes if yours is chosen.

The article below, from ITWeb, might also be interesting to you. As a player in the ecommerce space, we are deeply aware that no matter how slick and sophisticated a site might be, it is the delivery and execution of orders that count. Have a look and let me know what you think.

Please also have a look at the new additions to the site and take advantage of our specials.

In our quest to do better each week, I would love to hear from you. Your thoughts and suggestions are always valued.

Be safe and regards, 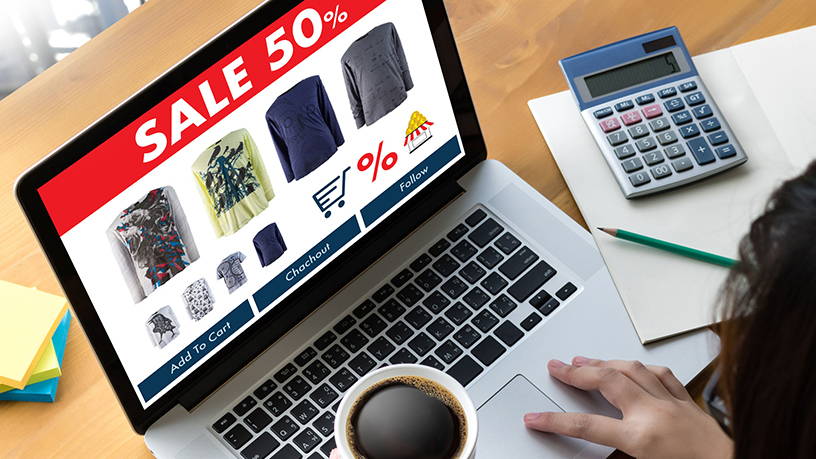 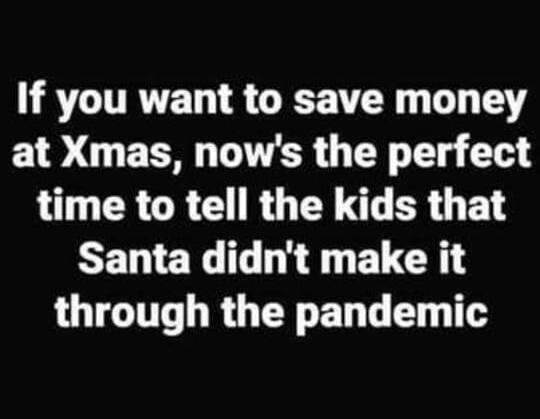 In this ever changing, fast-paced world of new and exciting technology, we have seen some amazing innovations in the automotive industry, to the point where vehicles are driving themselves and even communicating with smart AI, such as Alexa and Siri. And, as we have seen in this week’s news, some drivers may need a bit more assistance than others….

According to research conducted by Engineering.com “The auto sector is taking the move to smart technologies seriously, even if it’s lagging behind on execution. In the last 18 to 24 months, 30 percent of factories have been converted to “smart” operations, an improvement over the 24 percent that automotive executives committed to in 2017-18.”

So how has ecommerce aided in this movement?

The ‘smart’ shopper has got even smarter. Not everyone has the luxury of being able to invest in a new Tesla or a state-of-the-art vehicle, but ecommerce has carved a clear path for all segments of the diverse earning population to comfortably shop for many affordable gadgets, gizmos, accessories and automotive diagnostic tools - with a huge amount of data at their fingertips - to aid the ‘upgrading’ of their vehicles and workshops.

So why not start small and add this week’s awesome products to your car or garage: 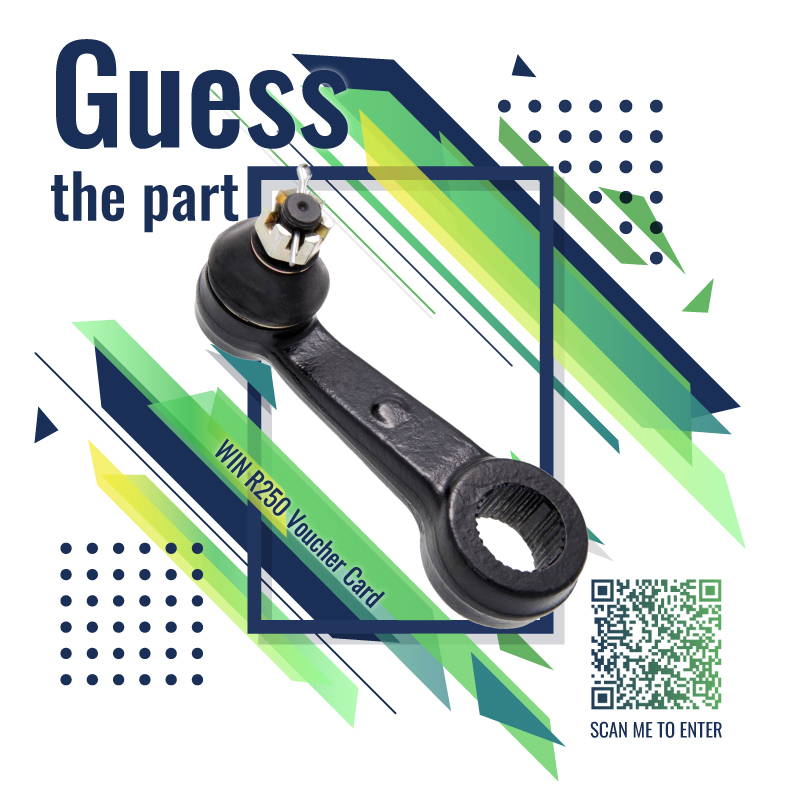 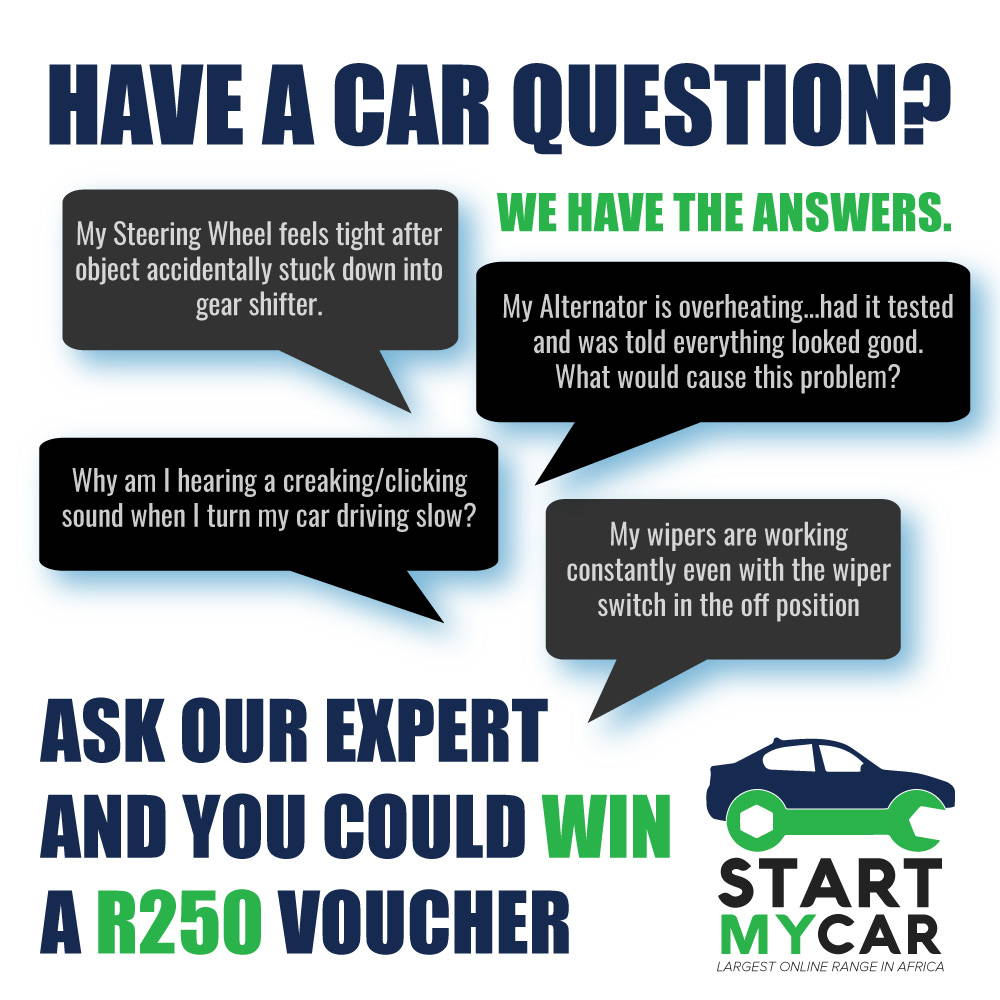 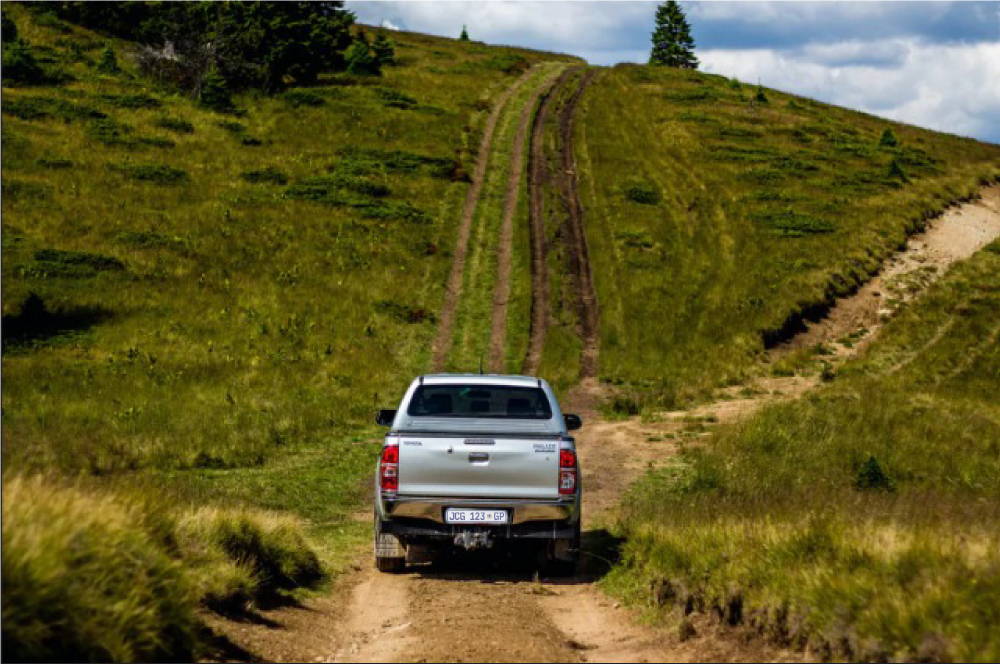 Corne Van Den Heever lives the good life on a 21-hectare small holding in the Cradle of Humankind World Heritage Site. Just beyond his house is large lake which attracts several species of water birds, followed by wide open spaces, a paddock with horses, and distant rolling hills.
His only worry in life is a squeaking noise every time he starts his Toyota Hilux. He emailed us to ask what it could be, and if it is dangerous to drive.
Possible Causes:
My first thought reading the email is that the squeaking sound is belt related. This could be any number of reasons which include weather conditions, leaking fluids, wear and tear or maintenance issues. In such cases, the magnitude of sound can range from a soft squeak to a loud and noisy squeal and typically occurs when starting a cold engine.
Step 1: Listen to your engine.
Cars have several devices that require mechanical energy and are driven by rubber belts. Most common among those are the alternator, which maintains a charge on your battery and electrical system, the air conditioning (AC) compressor, which circulates the refrigerant for the AC system, and the power steering pump, which provides hydraulic pressure for the power steering and sometimes the brakes. Some cars drive all these components with a single, serpentine belt. Others have multiple belts for the different devices. When these belts start to slip, they will make a sharp screeching noise. 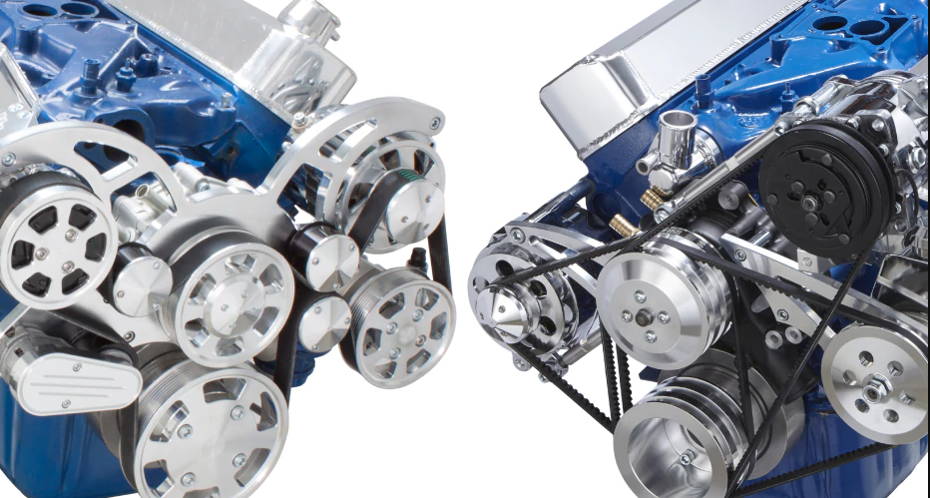 Opening the bonnet and taking a hard look at your engine won’t necessarily help you determine the number of belts used in the engine. Rather consult your workshop manual or find a diagram online for the drive belt layout. Take note of whether you have multiple drive belts or individual belts for the different accessories.

Step 3: Try Isolate the noise to a component

In most cases, the belt screeching occurs at cold start; when the car is started after being parked for at least four to five hours. Start the car while it is cold and turn the AC off and on.

If the sound of the screech changes, then the fault is likely in the belt that drives the air conditioner.

Operate the headlight switch. If that causes a change in the squealing sound, then the culprit is the belt that drives the alternator.

Turn the steering wheel to full lock position either right or left. If that changes the sound, then the belt that drives the power steering is at fault.

Most modern cars have a single serpentine belt that drives all the devices. If that is the case, any one of the accessories may be contributing to the sound of the belt.

With the engine running, and your safety glasses in place, spray some belt lubricant on the belts. If there is a problem in the belts the sound may stop instantly.

This is by no means a permanent fix. In fact, the belt might start squealing again in just a few minutes. But if the squeal stops, even temporarily, it’s a good indication that the noise is simply a belt and not a tensioner.

To determine which belt is making the noise, the best practice is to ask someone else to start the engine while looking under the hood. This may help you locate the squeaking the sound. If you cannot locate the noise, switch the engine off and allow time for the belts to cool.

The Visual Check for Wear and Tear

Mileage is a big factor in belt wear, but so is general age, regardless of use. Modern belts, made of the durable synthetic rubber known as ethylene propylene diene monomer (EPDM), last much longer than older neoprene belts, but they do still get old, wear down and lose performance. It’s been shown that just 10% belt slippage can affect the overall driveability of your vehicle

• Look for a glazed or slick appearance — this is a sign that the belt has aged, is slipping or chirping, or will start to slip or chirp. A slick belt is the first step to cracking and overheating.

• Going beyond a visual inspection, try pinching, squeezing, and twisting the belts, and then look for any cracks, fraying, splits or brittle areas.

• On a serpentine belt, look for missing grooves or places where the belt’s layers have separated.

• Look for a build-up of rubber deposits, as well as worn spots that could catch the belt and cause it to break.

After turning off the engine, and giving the engine time to cool down, you can check the tension of the serpentine or individual belts by pushing down on them. The workshop manual will tell you how much you should be able to move it. Old style V belts allow the belt to be pushed down a maximum 2cm. Modern serpentine belts should not have more than 1cm flex.

The belt tension may be adjustable, or it may be managed by an automatic tensioner. Either way, many modern cars have very little working space at the front of the engine so replacing or adjusting the belts is often more challenging than it seems.

If your belts look good, and the tension is correct, or if lubricating the belts didn’t produce any results, you could be looking at belt tensioner issues or you may have one of the accessories failing and trying to lock up. Diagnosing any of these problems will involve a lot more work. In this case, you should take your car to your competent mechanic to diagnose.

If you believe your serpentine belt, or individual belts, have become worn and are beginning to slip, pay attention to any of the symptoms below, which are good indicators of a failing belt. Unfortunately, a failing belt usually does not always turn the check engine light on, and therefore, you’ll want to watch out for the signs and symptoms.

• Difficult Steering – In many of today’s cars, the serpentine belt drives the power steering pump. If the squealing is more pronounced when turning – for example, when making a U-turn – this may be due to a bad belt. If the belt fails, you will lose power steering, which makes it very difficult to turn the wheel and can be a safety hazard if you are driving at higher speeds.

• Battery Light – The serpentine belt is also used to drive the alternator, which uses the power generated to charge your battery. Therefore, a failing belt may trigger the low battery light in your car, and when the belt fails, your battery will die more quickly.

• Overheating – In some cases, the serpentine belt powers the water pump, which plays an essential role in engine cooling. A car that is running hot may be a sign of a failing belt, and if the belt fails, your vehicle will likely overheat.

• AC Problems – Your car’s AC system uses the serpentine belt to run smoothly. Therefore, you might notice the chirping starts when you turn the AC on. The squeal will be especially pronounced if you are accelerating with the AC on.

Is it safe to drive with a squealing belt?

When the serpentine belt breaks, the vehicle may become inoperable, which would require an expensive tow and add to the overall repair costs. Plus, since the belt powers the power steering pump, a loss of pressure could result in heavy steering, which presents a safety risk when driving.

That is why it is recommended that the serpentine belt is replaced early when the squealing symptoms are first noticed.

Although it may be safe to drive with the squealing for a few days or weeks, the belt will eventually need to be replaced, and for safety, the earlier it is repaired, the better.

Visit Start My Car for all your replacement belts, tensioners, and pulleys. Individual belts start from as little as R45.