I couldn’t wait to share this great news with you. We have often repeated that we “Have the largest online range of vehicle parts in Africa.” Well that just became even more the case. I am thrilled to announce that we will be soon be stocking two new premium brands: SKF and Teknosa. This will add over 60,000 applications to our current offerings. If that isn’t something to get excited about then I don’t know what is.

We are also excited to be kicking off the “Ask our expert” segment where we answer a vehicle related query from one of our readers. We have a dedicated expert who takes each question as seriously as you do. Send us yours and we will see what we can do to help. This is what the Start My Car community is always about.

Have a look at the article of the week below. I thought that you would find this interesting and don’t forget to have a look at our specials and products. As always, please let me know if there is anything at all that we can add or that we can do to make your experience a good one. 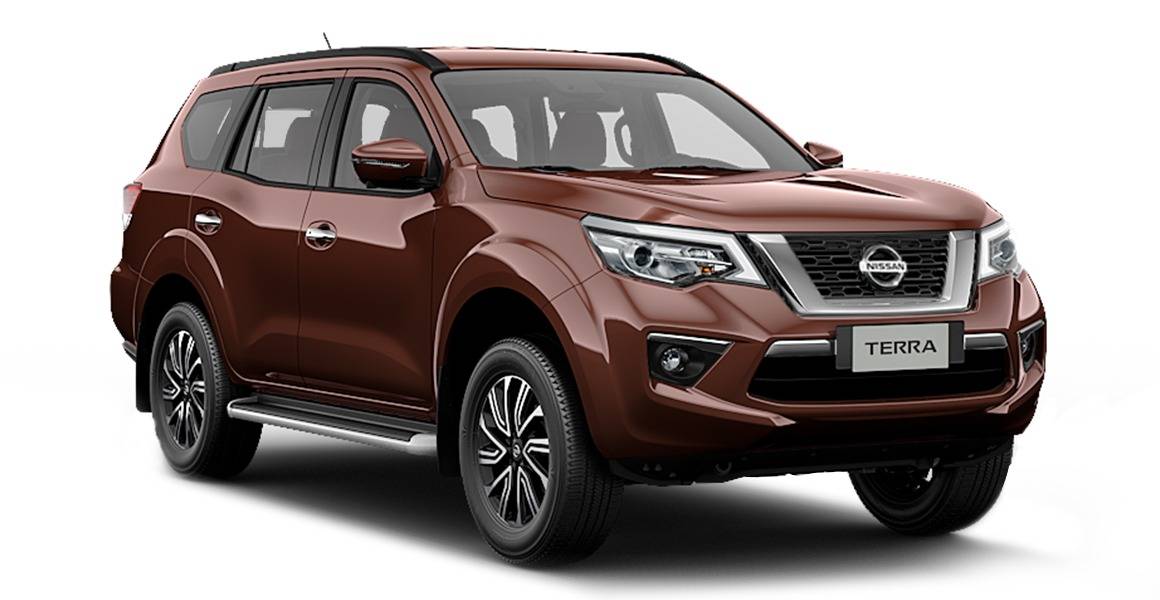 Nissan South Africa (Nissan SA) will launch seven new models in South Africa in the next two years in an effort to streamline its product portfolio in line with international developments at the Japanese manufacturer, says Nissan SA CEO Shinkichi Izumi.
These launches will have a strong focus on sports utility vehicles (SUVs) and bakkies, with a less expensive sedan, the Sunny, also to be introduced in markets in sub-Saharan Africa, outside South Africa.
The SUVs will include a frame SUV, a C-segment cross-over, two B-segment cross-overs and the new Patrol.
B-segment SUVs are currently some of the most popular vehicles on sale in South Africa.
The midsized Terra will be one of the SUVs to be introduced, confirms Nissan SA.
New pick-ups will include the Nissan double-cab and single cab, which Nissan counts as two models.
These bakkie models will be produced at the Nissan SA plant, in Rosslyn, Tshwane, from early next year.
Izumi says the NP200 half-ton bakkie and the NP300 one-ton bakkie will continue to be produced at Rosslyn, with the opportunity to refresh these models.
“We are always looking at product competitiveness through refreshment of the models,” says Izumi. “That is our plan.”
The NP200 is the only half-ton bakkie still on sale in South Africa.
“This is quite an aggressive pipeline we have going ahead,” says Izumi. “Having said that, we are really rightsizing our product portfolio and enhancing our quality of business, including our manufacturing in South Africa.
“South Africa is going to be a hub in light-commercial-vehicle manufacturing to [Nissan].”
Datsun is to remain in the South Africa product portfolio.
Ariya on the Cards for SA
Launched in July, the Ariya is Nissan’s new electric vehicle (EV), with a range of up to 610 km on a single charge, according to the Japanese manufacturer.
While Nissan introduced South Africa’s first EV, the original Leaf, it will not bring the successor model to the local market, but rather focus on introducing the Ariya, says Nissan marketing director Kabelo Rabotho.
“We looked at introducing the new Leaf to South Africa, but with the decision to focus on cross-overs and SUVs, it means the Ariya is more suitable to consider as a future EV for South Africa.”
Rabotho says the first roll-out of the Ariya is targeted at Japan and other major markets, with the second roll-out to include South Africa.
“And, yes, we are looking at introducing this vehicle at the earliest possible time.
-Irma Venter, Engineeering News (https://www.engineeringnews.co.za) 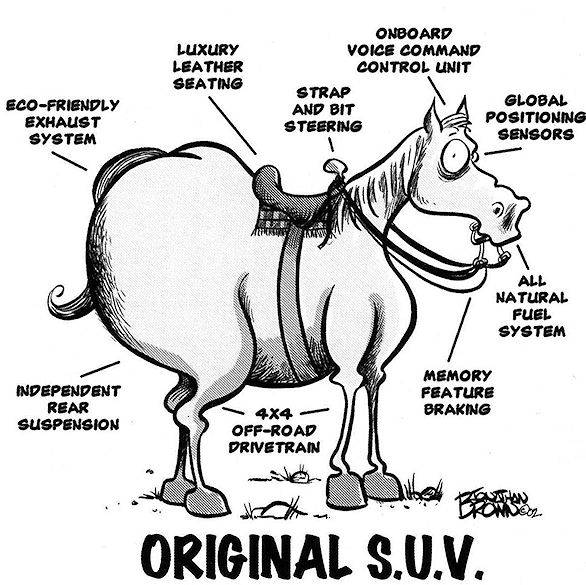 “I need some assistance form a salesperson” are words that are very much starting to become obsolete.

Well, in this day in age the consumer has started to awaken to the absolute fact that all the information they require about a product can be found at the touch of a button, a mobile app and a decent internet connection.

“Not much has changed in the retail automotive space for nearly 121 years since the first car dealership opened near Cleveland in 1898. But ecommerce is set to change automotive retailing in a big way, just as it’s changed the way consumers shop for everything else.” – according to an article published by digital commerce 360.

But how much information do we need in order to make a purchase choice and how do we justify our selection?

Either we know the product, or we do our research based on the quality of the content provided, or even more importantly on previous customer reviews, which play a critical role in consumers checking out on their basket selection.

Nevertheless, there is an array of quality, affordable spare parts readily available online for purchase 24hrs a day, 7 days a week.

So why not ‘check out’ with some of our fantastic, top selling spares this week: 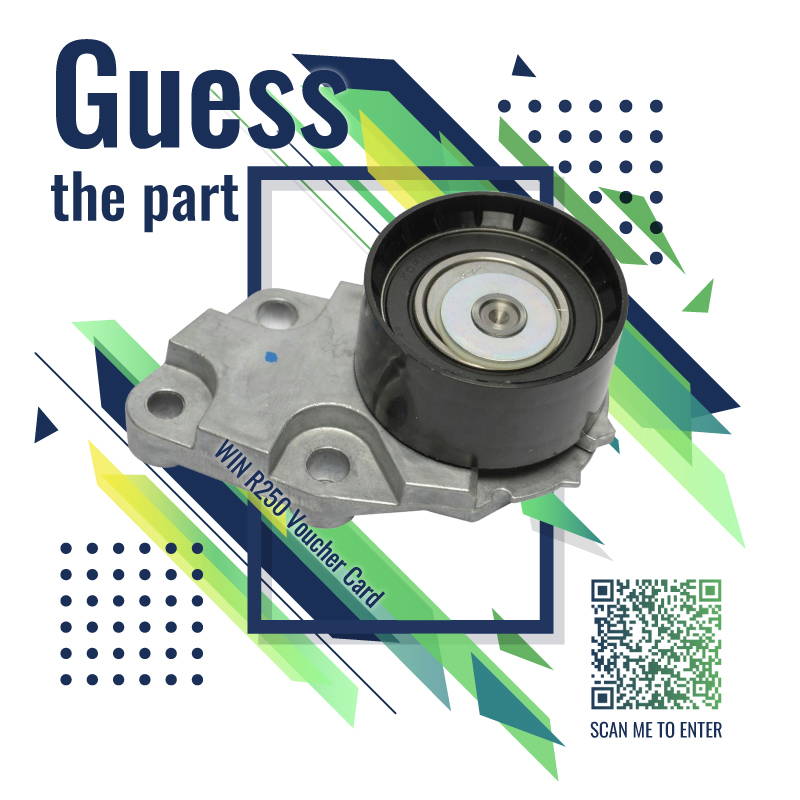 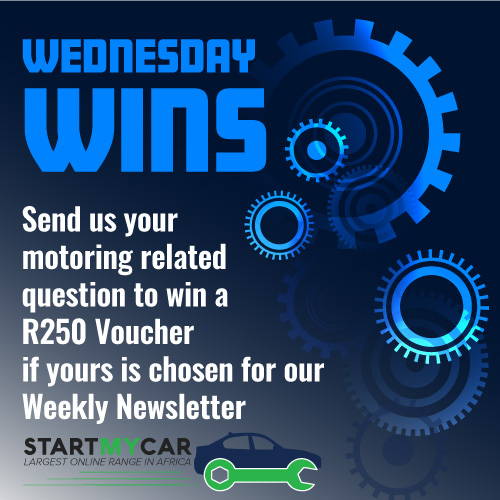 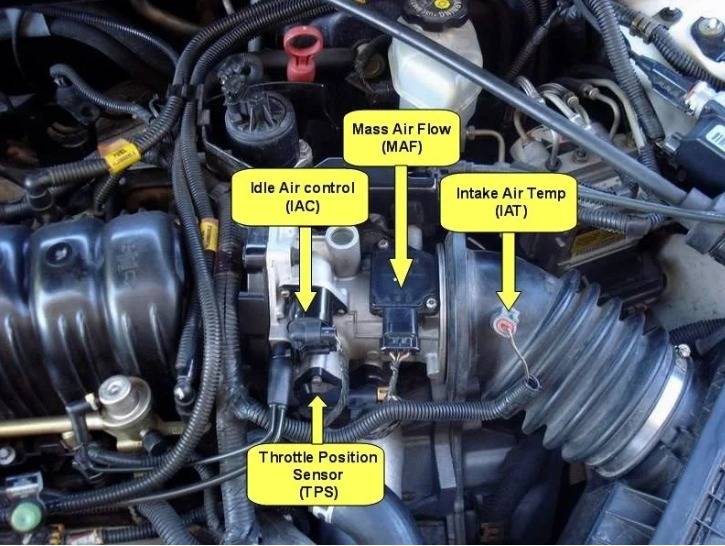 This week, we launched a new feature “Ask the Expert”. Congratulations to our winning question, asked by Philip Fourie, who wanted to know how to clean a MAF Sensor. We reached out to industry expert Mark Berkowitz to help answer.
What is a Mass Air Flow Sensor?
A Mass Air Flow sensor (MAF) is a critical component of an electronic fuel injection system in your car. It is installed between the air filter and the intake manifold of the engine. The mass air flow sensor measures the amount of air entering the engine or the air flow. The sensor passes this data on to the Engine Control Unit, ECU.
The air mass information is necessary for the ECU to correctly balance and deliver the correct amount of fuel to the engine. When a vehicle's mass airflow sensor is faulty or defective it can cause a variety of problems, and usually results in very poor performance from your engine.
Symptoms of a Faulty Mass Air Flow Sensor
A contaminated or failed mass air flow sensor cannot accurately measure the amount of air flow. This in turn causes the engine computer to miscalculate the amount of injected fuel.
As a result, a bad mass air flow sensor causes various driveability problems, including a no-start, stalling, lack of power and poor acceleration. In addition, a faulty mass air flow sensor might cause the Check Engine or Service Engine Soon light to come on.
It is not always immediately evident the MAF sensor is the culprit as the aforementioned problems are similar to low compression or low vacuum and will also show symptoms like when your vehicle has low fuel pressure from a faulty fuel pump.
However, be on the lookout for the following common symptoms:
• The engine is very hard to start
• The engine stalls shortly after starting
• The engine hesitates while under load or idle
• Hesitation and jerking during acceleration
• The engine hiccups
• Rich or lean idling
If you believe your car has a faulty mass air flow sensor, take it to a qualified mechanic so that a complete computer diagnostic can be run. In most cases, a faulty mass flow sensor has a specific code that will generate during computer diagnostics and is usually easy to determine with computer testing equipment.
Another method mechanics use is to measure the amount of air flow (mass air flow sensor readings) at different RPMs. They then compare the readings to the specifications or to the readings of a known-good mass airflow sensor.
Often mass air flow sensor readings are measured at idle, 1,000 RPM, 2,000 RPM and 3,000 RPM. A contaminated or bad air flow sensor will, in most cases, show lower air flow readings than a known good one. In some rare cases a bad sensor may show higher readings.
Of course, different engines will have different readings and the air flow depends on the engine design, the engine capacity and the ECU programming.
Can you measure you mass flow at home?
There are apps such as Torque which you can download on your phone. To connect the phone app to your car, you will need a Bluetooth adapter that plugs into the OBD connector of your vehicle.
The picture below shows the mass air flow readings taken by the Torque app. 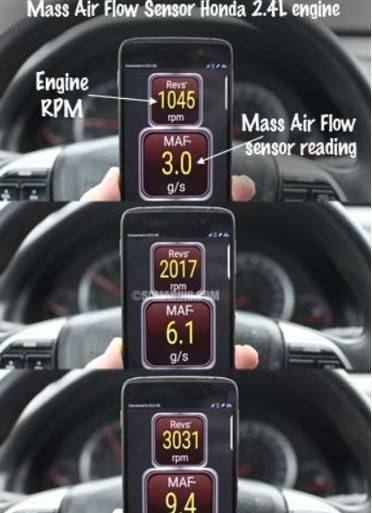 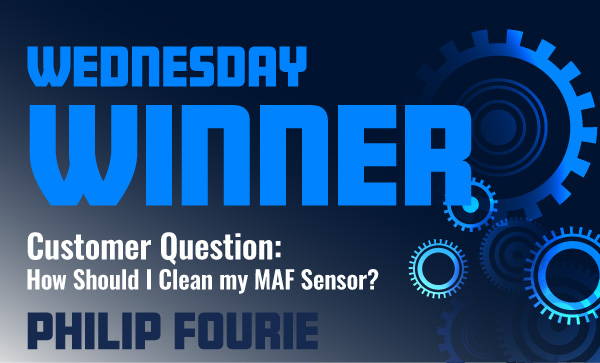 How to Clean a Dirty Mass Airflow Sensor

You should clean your mass airflow sensor every six months, or every time you service your car. Cleaning it when you change your air filter will be a good way to save both time and money.

To clean your mass airflow sensor, first, you must remove it. The sensor is in your car’s airbox housing, or air mass meter housing. When removing the sensor, be sure to never touch the wires, as they are delicate and small. If it is broken or damaged it will need replacement, prices start at R895.00 so it is best to be cautious.

Use a special mass airflow sensor cleaner, or oxygen sensor safe carb cleaner and spray it onto your sensor, follow the product instructions, making sure not to damage your sensor.

• Dry and Reinstall the Sensor

After cleaning your mass airflow sensor with either the cleaner, let it sit, for 20 minutes or more. The sensor must be completely dry before it can be reinstalled in your car, otherwise you may damage it.

Have a look at the following parts on Start My Car: