It is that time year when the temperatures begin to drop and we grudgingly admit that winter is upon us! While the birds make the wise decision and migrate and we make the second wisest decision by staying warm and protected indoors, our vehicles are unfortunately exposed to the elements.

If you have not already, now is the best time to replace the Anti-Freeze in your vehicle. You can read all about the process in our technical newsletter. If you are working from home, now may be the best opportunity to send your vehicle in for that long overdue service. Be sure to take advantage of our complete vehicle service kits which are on sale this week!

Lastly, we have included an Article from our equally cold friends in Australia, Caradvice.com.au, about new technology that will allow you to unlock your car from your smartphone!

The tech giant announced overnight that its latest devices with the near-field sensor technology will be able to lock and unlock certain BMW cars by ‘tapping’ or positioning their phone near the front door handles.
Once inside the car, the same technology will start the car at the press of a button.
Apple's version of the BMW Digital Key system joins the Android version announced in late 2019 and levels the playing field for mobile users of either platform, with Android Auto integration also set to arrive soon joining existing Apple CarPlay phone mirroring.
Apple and BMW say up to five people can be granted access to the same car, using a digital approval, and the owner will be able to restrict the vehicles power, top speed, and audio volume.
If your phone battery goes flat, the car will still operate for up to five hours. 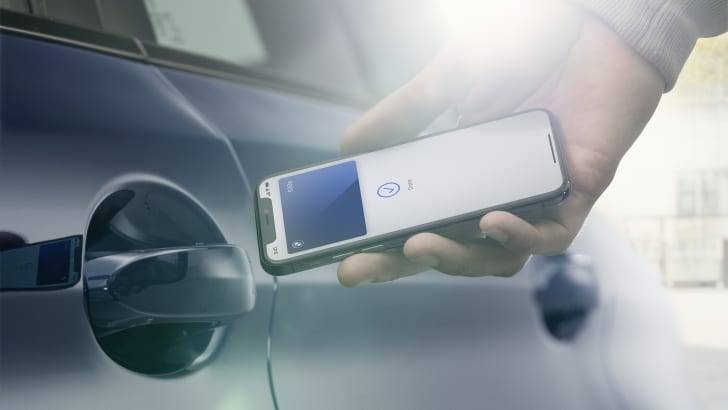 BMW has confirmed the technology will be available in 45 countries, including Australia from the end of 2020.

CarAdvice has been told the BMW 5 Series will be first car locally with the tech, followed by other models equipped with the optional 'Comfort Access' feature, when the door handles sense when the key is nearby.

While the technology is exclusive to BMW for the time being, it will be rolled out across other brands in the coming years.

Both Apple and BMW insist the technology is safe and cannot be breached, in much the same way Apple iPhone owners can use their devices for banking and at EFTPOS machines.

That BMW is the first car maker with this technology comes as a surprise given it was among the last to offer free Apple CarPlay in Australia. 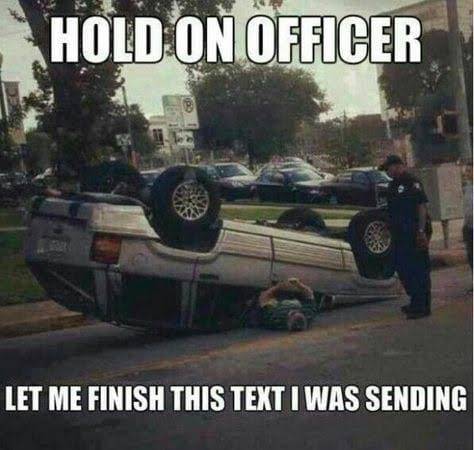 With winter truly in full swing and the COVID pandemic making it certain that we all stay as safe as possible in our homes, automotive shopping online has become a new way of life.

And why not? You can get all your winter essentials delivered directly to your front door or even straight to your mechanic at a fraction of the cost, without the stress of social distancing, and at the press of a button.

The increase in ecommerce sales has been seen globally, according to Hedges & Company who analysed more than 17 million online user sessions and about 275,000 online purchases for parts and accessories websites in the US and Canada. Online revenue had a 48% increase from the first week of March 2020. Online sales in June 2020 for parts & accessories are showing a 65% year-over-year increase. By contrast, this same time last year, sales were up by just 8%.

So even though our roads may seem quieter, it’s never been a better time to ensure the warmth and safety of your vehicle in the treachery of winter with some of this week’s best sellers. 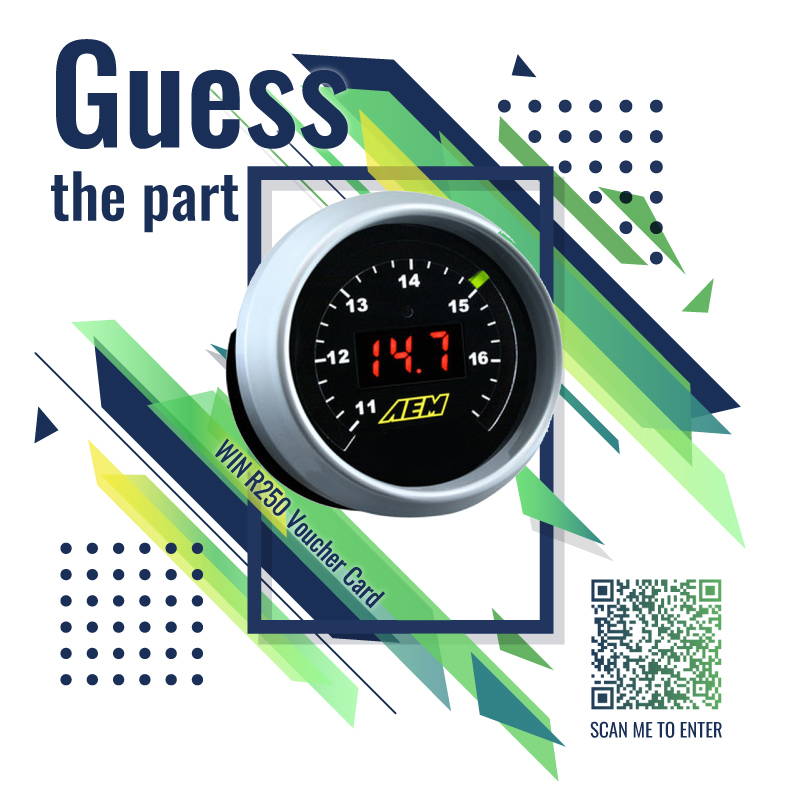 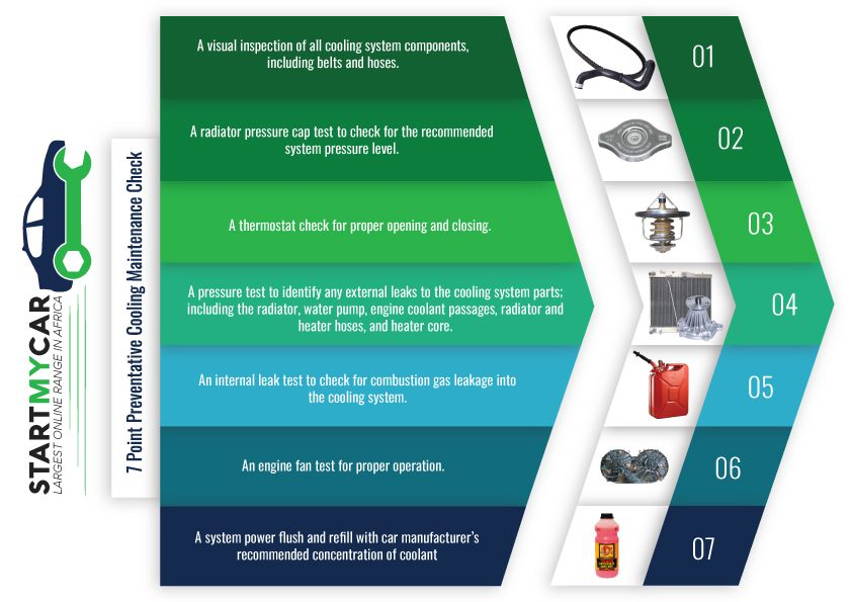 In our previous article, we looked at the recommended 7 point coolingsystem maintenance check which should be performed annually on your vehicle, asshown in the illustration above. We also covered the first four tests. Thisweek, we look at the last 3 tests, namely the internal leak test, the enginefan test and the engine flush. 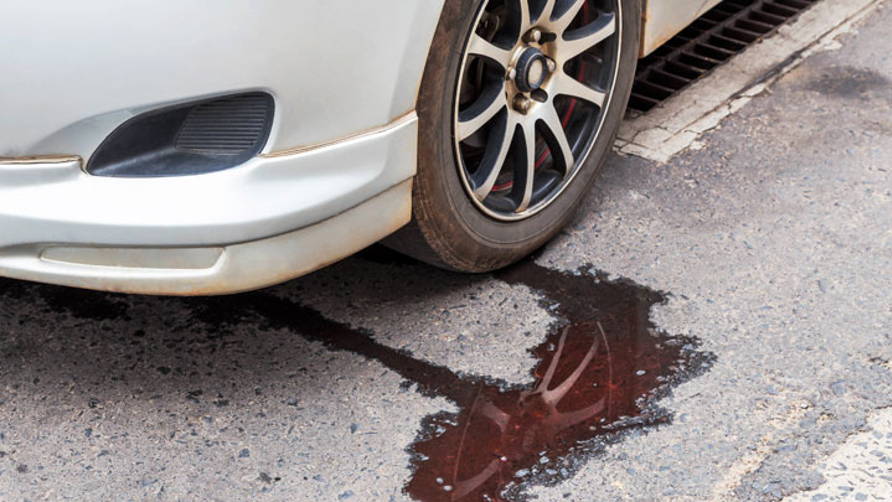 If you are losing coolant, but there are no signs of leaks, you could have a blown head gasket. The best way to test for this problem is with a combustion leak test on the radiator. This is accomplished using a block tester. This is a kit that performs a chemical test on the vapors in the radiator. Blue tester fluid is added to the plastic container on the tester. If the fluid turns yellow during the test, then exhaust gasses are present in the radiator.

The most common causes for exhaust gasses to be present in the radiator is a blown head gasket. Replacing a bad head gasket requires a major disassembly of the engine and can be quite expensive. Other causes include a cracked head or a cracked block, both are even more undesirable than having to replace a head gasket.

When a head gasket goes bad 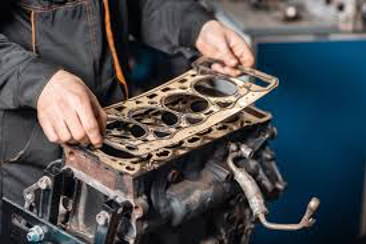 The process of replacing a head gasket begins with completely draining the coolant from the engine. The top part of the engine is then disassembled along with much of the front of the engine in order to gain access to the cylinder heads. The head or heads are then removed and a thorough inspection for additional damage is done.

Before the engine can be reassembled, the mating surfaces of the head and block are first cleaned to make sure that nothing will interfere with the sealing properties of the gasket. The surface of the cylinder head is also checked for flatness and, in some cases, the block is checked as well. The head gasket is then positioned on the block and aligned using locator pegs that are built into the block. The head is then placed on top of the gasket and a number of bolts, called head-bolts are coated with oil and loosely threaded into the assembly. The bolts are then tightened in a specific order to a specified initial torque using a special wrench called a torque wrench. This is to insure that the head gasket is crushed evenly in order to insure a tight seal. This process is then repeated to a second, tighter torque setting, then finally a third torque setting. At this point, the rest of the engine is reassembled and the cooling system is filled with a mixture of antifreeze and water. Once the engine is filled, the technician will pressure test the cooling system to make sure there are no leaks. 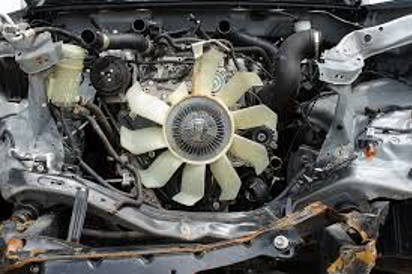 The radiator cooling fan is an important part of the cooling system operation. While a fan is not really needed while a vehicle is traveling down the highway, it is extremely important when driving slowly or stopped with the engine running. In the past, the fan was attached to the engine and was driven by the fan belt. The speed of the fan was directly proportional to the speed of the engine. This type of system sometimes caused excessive noise as the car accelerated through the gears. As the engine sped up, a rushing fan noise could be heard. To quiet things down and place less of a drag in the engine, a viscous fan drive was developed in order to disengage the fan when it was not needed.

When computer controls came into being, these engine driven fans gave way to electric fans that were mounted directly on the radiator. A temperature sensor determined when the engine was beginning to run too hot and turned on the fan to draw air through the radiator to cool the engine. On many cars, there were two fans mounted side by side to make sure that the radiator had a uniform air flow for the width of the unit.

When the car was in motion, the speed of the air entering the grill was sufficient to keep the coolant at the proper temperature, so the fans were shut off. When the vehicle came to a stop, there was no natural air flow, so the fan would come on as soon as the engine reached a certain temperature.

If you notice that the engine temperature begins rising soon after the vehicle comes to a stop, the first thing to check is fan operation. If the fan is not turning when the engine is hot, a simple test is to turn the AC on. If the fan begins to work, suspect the temperature sensor in the fan circuit (you will need a wiring diagram for your vehicle to find it). In order to test the fan motor itself, unplug the two wire connector to the fan and connect a 12 volt source to one terminal and ground the other. (it doesn’t matter which is which for this test) If the fan motor begins to turn, the motor is good. If it doesn’t turn, the motor is bad and must be replaced.

In order to test the system further, you will need a repair manual for the year, make and model vehicle and follow the troubleshooting charts and diagnostic procedures for your vehicle. On most systems, there will be a fan relay or fan control module that can be a trouble spot. There are a number of different control systems, each requiring a different test procedure. Without the proper repair information, you can easily do more harm than good.

While you can replace old coolant by draining it out and replacing it with fresh coolant, the best way to properly maintain your cooling system is to have the system power flushed. Power flushing will remove all the old coolant and pull out any sediment and scale along with it.

Water, and sometimes, a cleaning agent is pumped through the cooling system in a reverse path from the normal coolant flow. This allows any scale to be loosened and flow out. Once clear water is coming out of the system, the hose is reconnected and a new thermostat is installed. Then the cooling system is refilled with the appropriate amount of antifreeze to bring the coolant to the proper mixture of antifreeze and water. For most vehicles and most climates, the mixture is 50 percent antifreeze and 50 percent water. In colder climates, more antifreeze is used, but must never exceed 75 percent antifreeze. Check your owner’s manual for the proper procedures and recommendations for your vehicle.

I really hope that this series on cooling systems has been beneficial. For all your cooling needs, reach out to our friendly team at Start My Car for the best price and technical advice. We are here for you!